Sonderborg Municipality is be 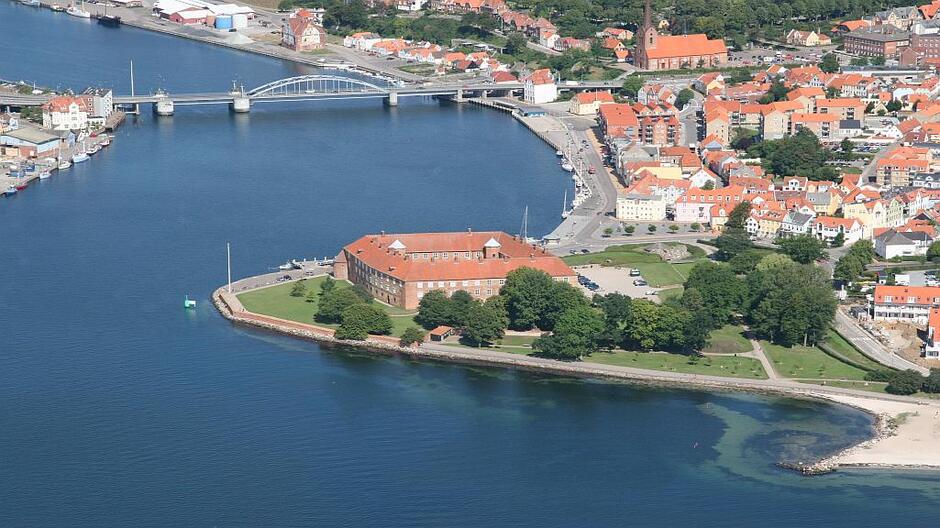 autifully located near the Baltic Sea in the south of Denmark, only 45 km from the Danish/German border.

You will enjoy visiting Sonderborg, as you might be a visitor interested in conferences, nature, music, concerts at the Alsion concert hall, exploring the 1864 history at Dybbøl, etc. You might be a businessman vising one of Sonderborg`s many high-tech companies including Danfoss and Linak. If you are a student, studying at the University of Southern Denmark in Sonderborg, you could enjoy and have a good time together with international students from more than 60 countries.

Sonderborg municipality has 76,000 citizens and 497 km2 land. Majority of

the land is located on the island of Als, the remaining part on Continental Europe. Sonderborg is well connected including bridges, ferries, a highway, train-connection, the Sonderborg airport with 5 daily connecting flights to Copenhagen. Bikes can be rented; public transport is fuelled by biogas and we have plenty of e-charging stations for your electrical car.

Sonderborg aims at ZERO carbon transition by 2029. The ProjectZero vision is anchored in a public private partnership initiated in 2007. Sonderborg achieved the European Commission's Energy Community Award in 2010, became part of the Clinton Climate Initiative in 2011 (today C40CPDP) and created in 2015 the EU H2020 SmartEnCity project in partnership with Vitoria-Gasteiz, Tartu, Lecce and Asenovgrad. Sonderborg and its enterprises have a strong city energy & climate cooperation with several cities including ones in China.

Sonderborg´s history goes back 850 years, where the city was part of the Danish/German Schleswig region, being part of the kingdom of Denmark. The big battle between Denmark, Prussia and Austria took place in Sonderborg in 1864. Many lives were lost and Sonderborg became German until 1920, where the “north Schleswig” region was reunited with Denmark. Today there is a strong cooperation in all aspects across the border. The Climate Neutrality conference is just one important example.